We all know about the dreaded 1, that number when rolled causes players to groan and DM’s to grumble as they watch their balanced encounter turn into a stroll through the monsters that were once upon a time scary. Now, the official rules state that a 1 is a critical miss on an attack, usually leading to the monster getting a bonus swing at you but does not apply to skill checks or saving throws. And that works pretty well for streamlining combat and making sure that everything is clear to both the players and the DM. It’s fine and is a good first step for new parties or players who are already juggling with the different systems in the game.

But for me, and for the DM’s who’ve I’ve talked to, the official system leaves something to be desired. Critical fails can lead to some really interesting story points and moments that will have the entire table laughing and groaning (real example, character gets lost in a maze and rolls a few 1’s looking for the way out and becomes claustrophobic. This led to some really great roleplaying as the rest of the party had to convince their companion to enter any tomb or other dungeon-y setting.). It’s also nice as a DM to come up with a variety of terrible things from stubbing a toe to missing the giant clawed shadowy thing lurking right behind you. 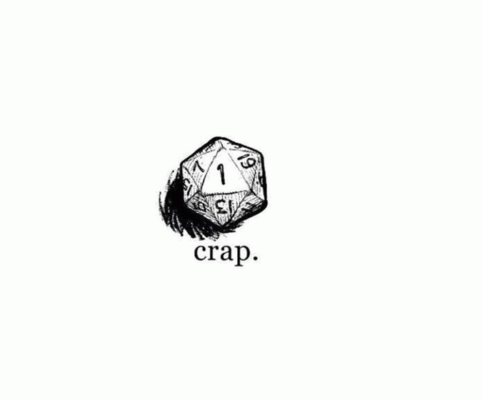 Now in the interest of fairness (a DM is always fair) I’ve read some articles and seen some videos that argue against critical fails in skill checks. Breaking down the various sources the main point seems to be that without a rigid structure it can lead to players feeling frustrated and stressed as they suffer at the hands of bad luck. I’ve heard enough horror stories to believe that for some groups this makes sense, and I’ll be first in line to say that as a rule a critical failure should not instantly mean a player death, or player dismemberment, or anything that can lead to permanent damage just for one bad roll.

But if you approach the game as collaborative storytelling things going wrong makes sense. Otherwise it’s just a power fantasy where the players conquer all. And that’s fine, if everyone is on board with that, but I feel like a DM is kind of marginalized as a facilitator of that fantasy which doesn’t seem super fun. But if things go wrong players have to adapt, it can bring up real roleplaying opportunities as they have to talk it out or see their characters experience real danger. It can also lead to heroic moments of overcoming the odds that has the entire table cheering and high fiving (even the DM!). Or bittersweet moments that have players deal with the cost of a difficult victory, maybe even deal with the death of a party member. As always, at the end of the day pick the way that makes you the most comfortable. But here’s something that I’ve learned that might be handy.

A 1 doesn’t necessarily mean a Fail.

So, one of the things that always comes up is the unconscious metagaming that goes on when we see a low skill roll or a 1 appear. The rogue who was going to sneak up on the monsters suddenly decides that he’ll hang back and look at the floor for a bit. Or the party who rolls terribly on investigation checks suddenly starts chucking things down the hallway in order to trigger any traps they may have missed. Players immediately begin to game plan how to react to whatever bad thing is going to happen. This is normal and understandable, but I’ve found a little trick really adds a delicious amount of chaos into the mix. This works with 1’s on skill checks primarily.

I treat the 1 as a success. 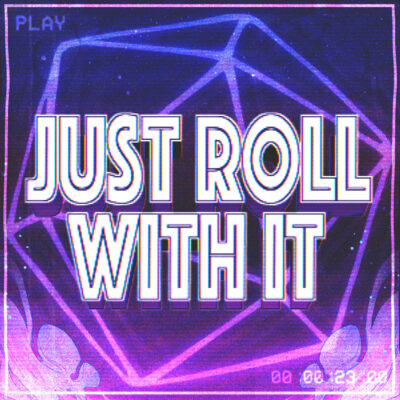 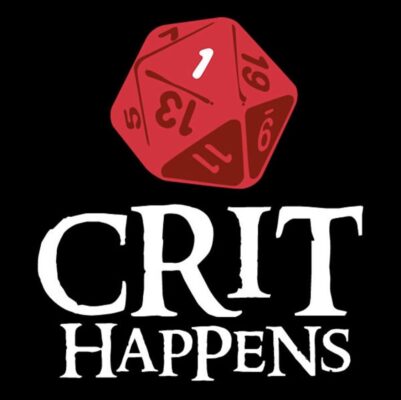 Yep, when I see a 1, I roll a dice with about a 10% chance that they will actually succeed. This means that with perception and investigation checks the players might loudly say that the trap they actually spotted is really not there (ouch) or that the treasure they see is actually an illusion. Or athletic or acrobatic checks lead to surprising moments (I make sure to narrate this as a comedy of errors). Or a persuasion or intimidation check might mean the character has a date the next evening. I’ve noticed that when using this method, the players are filled with a kind of fascination and dread with ones. And that they are never really sure that the information might mean they miss out on something good or get themselves into more trouble (I think missing out through their own decision is a really good consequence). I’ll end there, and again say that regardless of any system or choice that you make, if it makes you and your table happy that’s what you should go with. And if you have any tips of your own share them! I’m always looking for new ideas and information. And for any of my players reading this, treat this information as if you rolled a one.

Keep an eye out for Mimics.