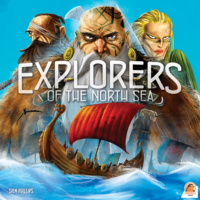 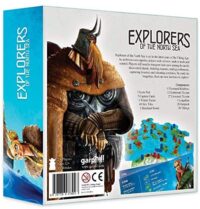 Explorers Of The North Sea

Explorers of the North Sea is set in the latter years of the Viking Age. As ambitious sea captains, players seek out new lands to settle and control. They will need to transport their crew among the newly discovered islands to capture livestock, construct outposts and fulfill various other goals. So ready the longships, there are new horizons to explore!

The aim of Explorers of the North Sea is to become the most prestigious Captain through clever planning and navigation. Players gain Victory Points (VP) by controlling Islands, delivering Livestock, raiding Settlements, constructing Outposts and destroying Enemy Ships. The game ends at the dawn of winter. At this point, the player with the most Victory Points is declared the winner!

1 review for Explorers Of The North Sea