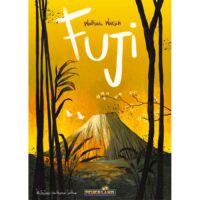 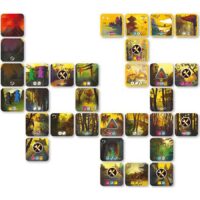 A fun frantic dice rolling game from Wolfgang Warsch, the same person behind The Mind, Tres Fute, Quacks of Quedlinburg and Illusion!

In Fuji, you play as a group of adventurers on their way to Japan‘s most famous volcano, Mount Fuji. But just before you arrive at your destination, the earth begins to shake and the volcano erupts! Now your group must escape the deadly lava flows as quickly as possible to reach the safe village.

In this cooperative dice game, players simultaneously and secretly roll their dice behind their screens in each round. You must find the best way across a number of terrain cards to the safe village for each player.You can move to a card only if you match the cards requirement better than both your neighbors. Unfortunately, you know only your own dice and can only communicate vaguely, you will need both skill and luck to save yourselves

Be the first to review “Fuji” Cancel reply