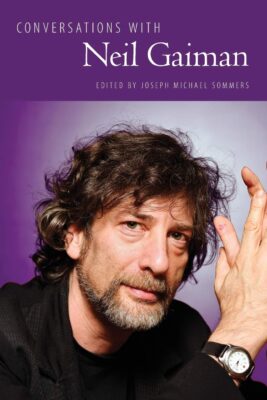 While I have always been interested in comic books as a storytelling medium, I was never particularly engaged by mainstream superhero titles. I would read them from time to time, and they would offer some form of a vicarious thrill and adventure, but by and large I was more interested in fantasy and science fiction titles. I would prefer to read Elric from Pacific Comics, Judge Dredd, or Heavy Metal magazine. When I did venture into Marvel and DC territory it was usually through Marvel’s Epic line, with titles such as Groo the Wanderer, Elfquest, or Dreadstar, or DC’s Vertigo line with Swamp Thing, and, of course,Neil Gaman’s Sandman, which originally ran from 1989 to 1993 in single issues and then later collected in trade paperbacks.

Sandman was an early gateway title for me and I read a handful of issues during its initial run, although admittedly I would only read the complete series after it was collected in trade paperbacks.

In terms of independent comics Gaiman is one of the premiere voices that established the potential of the medium to progress beyond the cape and cowl set of superhero slugfests. It is because of groundbreaking and well-regarded titles such as Sandman that comic books have made inroads to serious art.

Reading Gaiman’s perspectives in a curated selection of interviews provides an interesting overview of both his career and the state of the industry as well. There is a difficulty in that, as editor James Morrow Sommer notes, Gaiman is generous with his time and as such there are “many thousands” of interviews. To this effect Sommer has curated a selection that focuses heavily on the subject of comic books, from his reading habits, influences, his advocacy for the Comic Book Legal Defense Fund, his creative process, and even his legal battles with Todd McFarlane over ownership of the Miracleman/Marvelman character.

Superheroes obviously figure into the discussion, and there is quite a bit of material here that covers his views on the genre. Gaiman admits to enjoying superheroes on some level, and it should be noted he has written for them a couple of times during his career, but ultimately the stories have limited appeal. As Gaiman notes, they are “fundamentally pointless, in that if it’s a hero versus villain I know who’s going to win.” So while The X-Men, just as an example, might promote the mutant prejudice as civil rights allegory, inevitably the title just ends up in superpowered fisticuffs between Professor Xavier and his crew of X-Men against Magneto and his Brotherhood of Evil Mutants. As enjoyable as those adventures can be initially, they prove exhausting and repetitive after a while.

This cycle of hero bashing the villain and its limited storytelling potential is what led Gaiman to write Sandman comics. Gaiman wanted to approach the medium with the goal of The Sandman to keep it away from “the Batman syndrome of an endless number of bizarre and improbable villains wanting to take over the world and equally bizarre heroes trying to stop them.”To this end Gaiman constructed a more literary style that ended with the story with seventy-five issues, as opposed to the over seventy-five years that Superman, Batman, and Wonder Woman have been in publication. The longevity of these characters only exacerbates the repetitiveness of the slugfests, as the reader always knows Superman will foil Lex Luthor’s evil plots. For a story to have real weight it needs a beginning, middle, and end, which most superhero titles are not invested in. Sandman was contrary to this endless loop of hero versus villain and The Sandman proved to be exemplary in terms of the medium’s potential.

Neil Gaiman is an interesting writer and a worthwhile subject to read a collection of interviews. The focus in this collection is focused more on his comic book output than his novels (which, admittedly, I have only read three: Neverwhere, The Ocean at the End of the Lane, and American Gods. The latter of which I did not enjoy that much, but the first two I really enjoyed), so for potential comic creators or individuals simply interested in some of the mechanics of the medium, this is a solid collection of interviews.