When I think of Horror, the classics come to my mind: The Evil Dead Trilogy, Texas Chainsaw Massacre, Halloween, Friday the 13th, Nightmare on Elm Street, Black Christmas, Psycho, My Bloody Valentine, The Thing, Christine, They Live, all the Romero films, and the Exorcist. These are just some of the great titles that have influenced my insatiable lust for Horror and for all the other cult classics. We will shed light to those cinema gems in the future, For this is Only just The Beginning.

My affection for the horror genre started shortly following the events of a scarring lifelong childhood trauma where I truly learned the meaning of the word “Horror”. Horror is all those painful memories that try to own you, all those terrible feelings of dread or mundane Mondays of fright.Just because it feels like “They” own you doesn’t make it so. You can either choose to run from your demons or you can stand up and fight for the safety of your heart and not be victimized. You can choose to survive the horrors that threaten the innocence inside your soul. 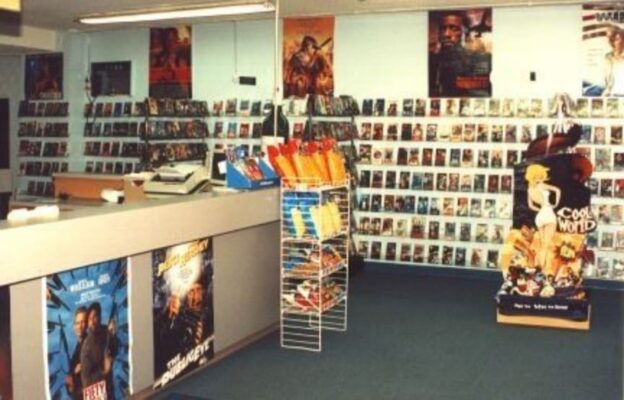 My shield was found helping my “Mother” as Norman Bates would say, at “Video Knights”; a small video Store that existed in the back ass of nowhere in what was a then greener and pleasant area known as Meadowgreen. It was here I discovered the horror section while restocking the shelves one night after returns.I just remember how cool all the horror vhs covers looked. I always loved taking certain ones home, and at a time where I wasn’t able to watch them yet, this added extra excitement for me as a kid with a huge imagination. .

I soon realized the Horror section was a comfortable safe zone for me.It was aplace to forget. Inspired by Return of the Living Dead, my life force was renewed by a 245 Trioxin barrel lost by the United States military! Horror movies helped me and my imagination feel complete. 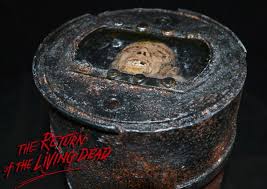 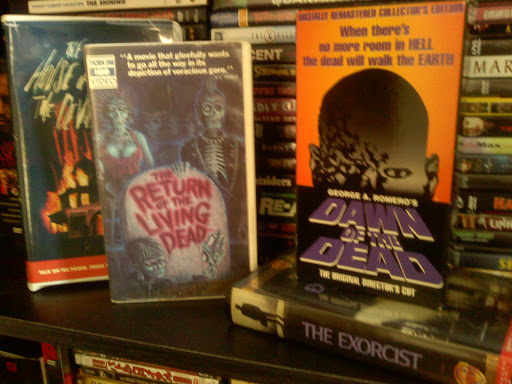 There are so many moving parts that need to come together in order for the audience to be captivated and visually satisfied by cinema. In many ways Horror films are the ultimate viewing experience because the genre has elements of action, suspense, comedy, and mystery.We see happiness, sadness, friendships, character development, love and loss, and most importantly, we are treated to the magnificent creations of special effects.

Horror films of the 80s are the alpha and omegas of cinema history. Often after the popcorn is gone and the movies are over and the sudden feelings of dread have “died” down (pun intended) you will find that you can almost guarantee a smile will be left on your face as a part of their magic. 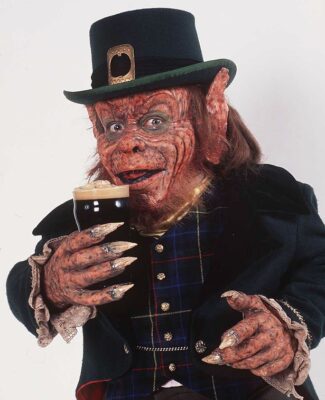 With February over, take the Canadian classic “My Bloody Valentine” out of your VCR, DVD, or Blu-Ray players (whatever you horror fans collectors or cosplayers use these days – though if you happen to be using vhs make sure to find a vhs cleaner tape before and make sure to be kind to them and rewind after each use) and get Festive. It’s time to bust out the 1993 campy classic tale “Leprechaun”, starring Warwick Davis.

Davis was cast in this unique role as the “horrifically” dangerous Leprechaun, but is better known for many interesting films such as Legend (alongside another cult actor Tim Curry); he starred in “Willow” and also played Wicket the Ewok in Return on the Jedi. He has since appeared in Star Wars The Phantom Menace, Force Awakens, The Last Jedi, Rogue One and portrayed “Filius Flitwick” in all the film adaptations of The Harry Potter series.

“Leprechaun” tells a tale of a man named Daniel O’Grady (played by Shay Duffin). Daniel is an old man who captures the deadly leprechaun while in Ireland. He smuggles the leprechaun’s stolen gold back to North Dakota unaware that the dangerous little fella has followed. The leprechaun confronts the old man and demands his gold back, but O’Grady tricks the deadly creature into a crate with a four leaf clover. But just before O’Grady could put and end to the Evil presence, he suffers a fatal stoke. 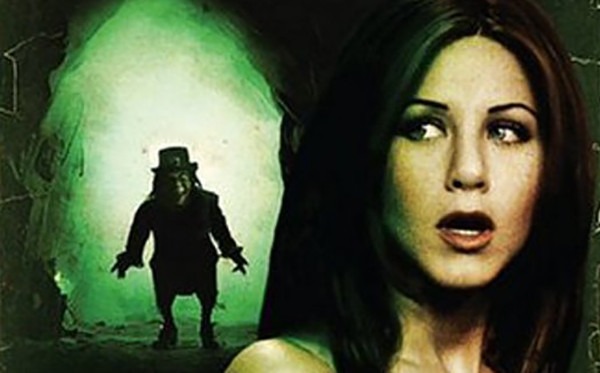 Ten years pass and the Deadly Creature is unwittingly set free once again, only this time it’s from a beautiful and foxy young lady by the name of “Tory” played by a then unknown actress by the name of Jennifer Aniston. It’s up to her and her pals to stop the murderous leprechaun from his horrendous killing spree while it’s in search of its lost gold. Hopefully they can survive March and put an end to this nightmare once and for all… or at least until the multiple sequels and reboots that followed.

Anywho that’s it for this month Boils and Ghouls hope you Dig!