For this article what I want to do is provide a basic list of Judge Dredd recommendations. Judge Dredd is not a mainstream character, so his publication history is not as well known. When I mention Judge Dredd it is the Sylvester Stallone film from 1995 that usually comes to most people’s mind, or maybe a vague notion that Judge Dredd is a future cop who never removes his helmet. As such here is a list of reading recommendations for people to take a closer look at. 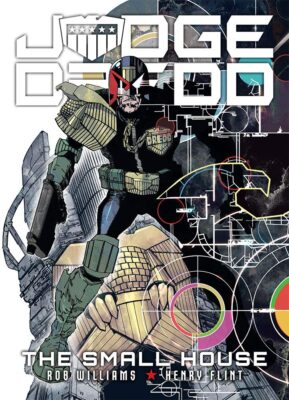 A great epilogue to the Democracy storyline. Judge Dredd is unlike American superhero comics in that it has never been rebooted. Judge Dredd takes place in real time and every year that progresses in our world advances forward in Judge Dredd as well. It is an excellent discussion on fascism, the nature of Judge Dredd and his role, and the Democratic activist movement in Judge Dredd.

If you were to hear about an insane man with a portly build, an unconvincing blond toupé, who is excessively paranoid and narcissistic, and wants to build a wall to keep the bad people out, your first thought probably be Donald Trump. But in this case it’s referring to Chief Judge Cal, who seized power in Mega-City one. Named after Caligula, the insane Roman emperor, Judge Cal is a storyline that appeared in 1979-1980, yet feels disturbingly prescient today. Originally intended as an exaggerated take on past Roman despots, what was once bizarre science fiction became reality when a despot was elected to be the President of the United States in 2016. Judge Dredd’s satirical science fiction is increasingly becoming a horrifying reality. 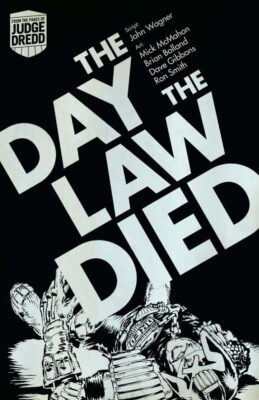 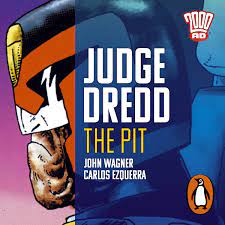 Often compared to the HBO series The Wire or the FX series The Shield. Dredd takes over as temporary sector chief of Sector 301, the most crime-ridden and corrupt sector in Mega-City One. It’s one of the longest of the Judge Dredd storylines at 30 installments (it takes up two volumes of the Complete Case Files), but it is certainly one of the best examples of how Judge Dredd rewrites and recontextualizes the police procedural for this bizarre science fiction world.

This one is rightfully considered as the best Judge Dredd story to ever be written. Wagner wrote it as a response to readers who were writing in letters about how cool and kick ass Judge Dredd was, seemingly missing the entire point that Dredd was not a Dirty Harry-style good guy. So Wagner wrote a politically-charged story where Dredd is unapologetically the bad guy. Imagine if DC were to write a story where Superman was written as the villain, but not because of any external causes like red kryptonite or magic, but simply because the writers shifted the perspective. Same down-to-earth Clark Kent, but through the perception of someone who distrusted his motives. That’s what this story is doing by taking a decades-old protagonist and inverting the perspective. Mainstream comics would never do that and it is why Judge Dredd stands above them in terms of storytelling and innovation. 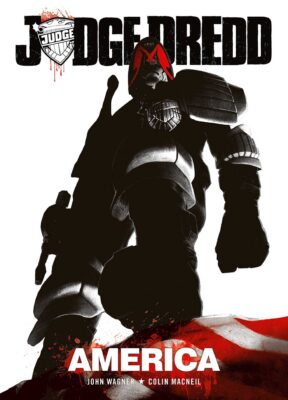 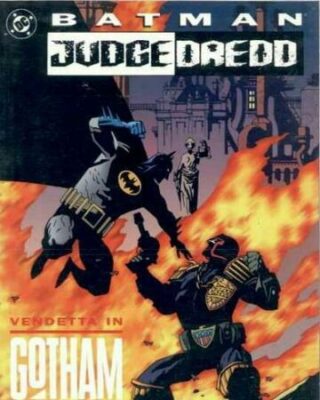 This one is a fun selection that highlights the lighter aspect of the Judge Dredd world. Yes it has a lot of the crossover tropes that you’d expect, and I’m not convinced a weekend warrior/cosplaying rich kid could keep up with the formidable Judge Dredd (Dredd has fought the undead, 20 foot tall killer robots, an evil and sentient Tyrannosaurus Rex, and cannibals. Batman’s main villains are a heavy-set man with a monocle, a guy in a green onesie who likes puzzles, and a skinny circus clown. Not much of a rogue’s gallery, if you ask me). But still, a fun, enjoyable action story with great art by Simon Bisley.

I always thought if the Dredd film franchise had been successful and continued, this would be a natural follow-up. Similar to Mad Max, except that this Judge Dredd story appeared a year earlier in 1978. The uncensored version is my recommendation because it features a subplot that was edited out for legal reasons, as it had warriors adorned in McDonalds gear fighting warriors in Burger King gear, and a Colonel Sanders look-alike, all battling it out in a post-apocalyptic wasteland. The corporations didn’t like that, so the content had to be removed. Both versions are great, but anything that takes potshots at corporate America and fast food companies is aces in my books. 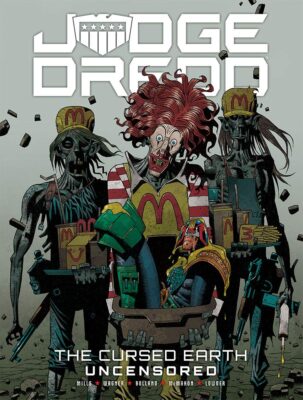 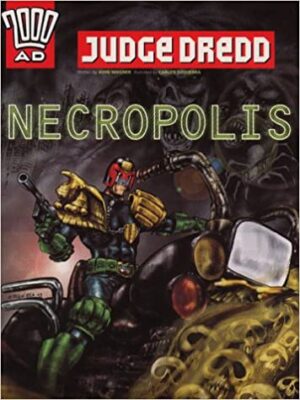 Features the long-running Dark Judges (undead ghouls who feast on life essences of people). It also begins Dredd’s disillusionment with the Hall of Justice. Dredd takes the long walk into the Cursed Earth, which is a retirement option for judges (either that or they can teach at the Judges Academy, but for old combat die-hards, the long walk is a preferable option). Another example of Judge Dredd really getting into the politics of the world and the problems with its fascism.

Cold War anxieties of the 1980s culminates in this epic level story about Mega-City One having to wage guerrilla warfare against the invading East-Meg Sovs. Ramifications for this story would be felt in the strip for years to come, even making an appearance in The Small House. 400 million people were killed and 65% of Mega-City One was devastated (already a condensed urban sprawl made in the remains of nuclear war). Dredd’s final actions (which I won’t spoil) also illustrate that Dredd is most definitely not the maverick cop/good guy in the 1970s mold of police thrillers he was modeled after. This is bold storytelling and does what American comic books rarely do: show consequences to actions. 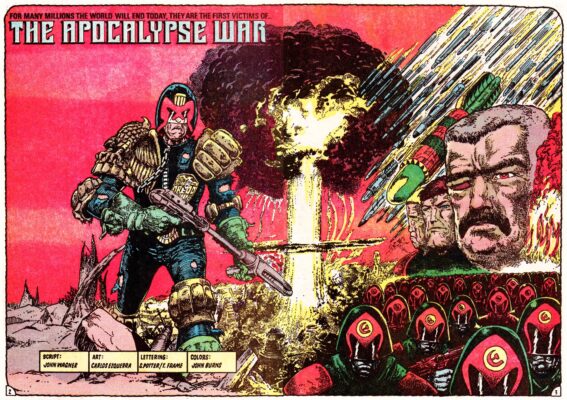 The Judge Child Quest, Mechanismo, Total War, Tour of Duty, Under Siege (the only IDW version to make my list), and The Dark Judges.