Another book has arrived and this time it’s a spooky one. Van Richten’s guide to Ravenloft comes full of ideas and locations from everyone’s favorite dark world where happiness is outlawed and everything sucks all the time. Even for the ones who have all the power. So come reader! Let’s take a look and see what this book has to offer.

There are a lot of interesting things in here for a DM, you have the expected info and ideas on how to run a campaign in Ravenloft, but instead of just the famous realms like Barovia and Darkon, the book gives you a huge number of different dark realms as well as info on their leaders. Want a realm that is constantly under siege by hordes of zombies? Or how about one that is over run by rats and disease? There is something for any kind of dark/horror vibe here. 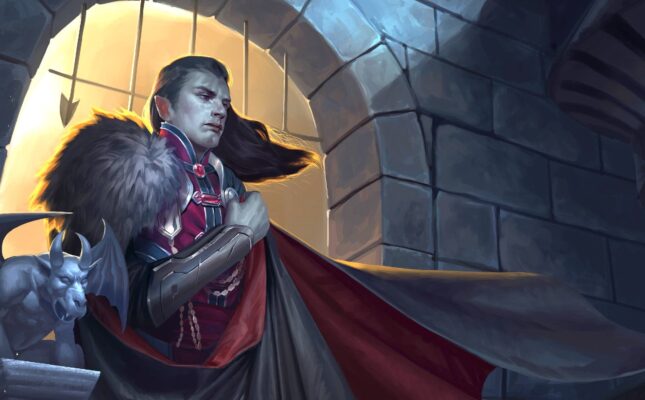 There’s even a section on creating your very own Dark Lord! Complete with the rules of the realm with regards to such powerful beings. The Dark Lords themselves are prisoners and as such are tormented because of the no happiness rule of Ravenloft. So even if you can’t find any realm that is perfect for what you are looking for, you can just create your own complete with a really evil baddy tailored to your own design. I tried it out and created a really petty overlord who constantly creates and throws out rules, as well as acting like a really biased referee. He rules his realm from behind a screen and rolls dice to see if characters live or die. He’s tormented by the fact that he sets up elaborate scenarios for his people, who then just decide to ignore them and then do their own thing.

A last note about the above-mentioned Dark Lords is the fact that none of them have stat blocks. I love this because stat blocks imply that they can be killed if the players are high enough level or combat optimized. It means that players might otherwise just be able to punch through and escape instead of trying to find a way around an essentially omnipotent force. Not saying that a party can’t go toe to toe with one of these big villains, but it’s nice to be able to force them down a thoughtful road of maybe thinking how they can weaken/gain a small advantage instead of just kicking down the door.

There is also a rundown of the different types of horror and what they mean, as well as tips on how to play with them. Now even though this can be subjective, it’s handy because you get an idea of what they mean when they say “Dark Fantasy” and how a domain labelled “Dark Fantasy” is going to operate. I like it.. 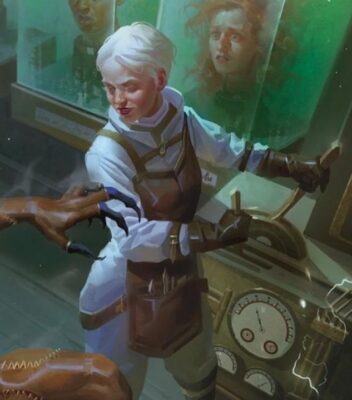 There is also some advice on how to begin with session zero and setting expectations and boundaries to make sure everyone has fun. And while this can be a bit eye rolling for those of us who are a bit older or for veteran DM’s who have a longtime group, I think this is a good thing to have. If you are just starting out it gives you a good frame work to start with, as well as reminds you that it’s pretty much your job to make sure that everyone is having fun and not uncomfortable. DM horror stories exist and are told for a reason, so I think it’s a good thing to include.

And last but not least there is an adventure! Something to get you started and get your players into the mists. As well as the usual smattering of new monsters related to the setting.

You get 2 more subclasses and a few races that you can choose, there are also a couple of Ravenloft-y backgrounds that you can choose to give your character a more Ravenloft vibe. There is also an option to play as a “survivor” if you want to just jump into a quick game. But really, since “Tasha’s Cauldron of Everything” included all of the subclasses and other info from other books, it might be a good idea to just hold off until another “(Famous DnD Character) (Noun) (to/of/for) Everything” and save your money.

This is a pretty solid book if you’re a DM and are looking for a bit of spooky in your life. It’s all horror focused but covers your bases really well. Lots of information and toys to play with, as well as some resources to get you started. If you’re a player and down with Ravenloft there’s lots of lore, but if you’re looking for subclasses and character creation stuff I’d save your money and wait for the likely future book where the subclasses will be included with other player goodies.

The alternate cover is alright, not as good as the Candlekeep book but not as bad as some of the Campaign covers. I’d really like to see a theme surrounding the alternate covers of the books released so that there is some cohesion when they are all sitting on my shelf. As it stands it’s a bit of a hodge-podge of different styles and colours.

No online resources included, so if you want to use the book online be prepared to pay for it. But luckily for this book there isn’t much that a digital copy of the book would add (some maps for the included adventure) so we don’t miss it too much.

No special Mimics though, so I suggest you keep an eye out for them. 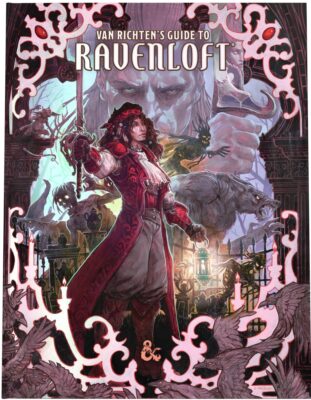