So, when you think about it, because they roll more true, metal dice are a really good investment… Nope, let me try that again.

I like metal dice, and because of that it really adds to my DnD experience… Good lord, that’s not even close to being correct.

Ok reader, I’ll level with you. I like metal dice. I like the way they feel and roll and the weighty thump of them rolling. But I’m staring at a small group of boxes that hold 6 sets. 6 sets that have run me about $500. Do you even know how many plastic dice you could get for that? More than 7 sets, probably enough to roll with a new set every day for a year.

The irony of all this is that I entered into this hobby determined to be smart about my money. I looked at the tons of different additions, the different source books from not only Wizards of the Coast, but from Kobold Press and other quality 3rd party developers and decided that I didn’t need all that. I know for a fact that the only thing you really need to play DnD is a set of dice, and that the basic rules and format is available online as a PDF. I was really good! Didn’t even get the DM guide until I was sure that I was actually going to use it.. 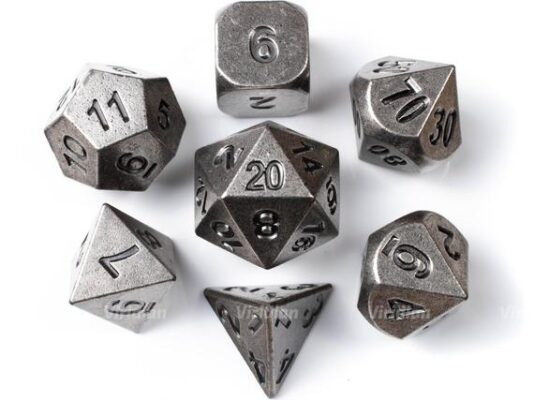 And then it happened, I was in the store poking around, chatting with a friend or two and I saw a dice set shimmering under the glass. It was a pewter colour, and had the look of dice that meant business. After a while the super nice (or enabling, I’ll let you decide) clerk asked me if I wanted to take a look at them, and told me that metal dice were really the only way to go. As soon as I felt the weight settle into my hand I was won over. These were dice that could really roll hits with (and maybe a critical if they fly off the table and hit someone).

I bought the dice, thinking that the high cost would be offset as it being a onetime indulgence. That after all my frugality I could get myself something nice because after all, you really only need one set of dice. But like the one ring, I was seduced and got used to the idea of throwing with some weight, and suddenly it seemed totally reasonable to think about getting another set. And so, the seeds of my downfall were sown.

This new set needed to have a different finish, so instead of pewter I went in the opposite direction and got myself sone super shiny chrome dice. And after that it was a set of six d6’s, all enameled in the different colours of the rainbow (I was playing a rogue at the time, it made perfect sense). Then I found out that the dice could be enameled different colours and I was lost. I don’t regret the decisions that I made; I just know in my heart of hearts that they were probably unnecessary. 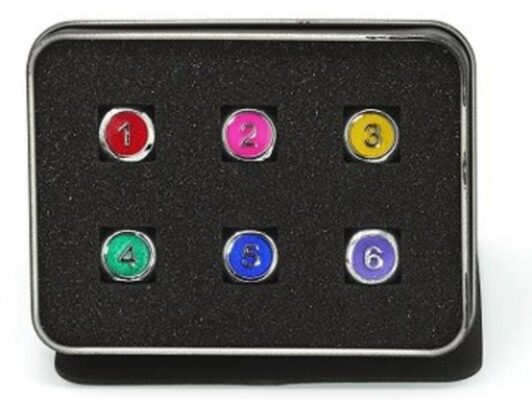 Now this is the part where normally I would say that I’m not the only one who has an addiction. That all my DM friends or members of my groups have their own burdens or massive collections of something about the game. But when I checked around all I got were a bunch of “Nope, never really felt the need to get a ton of stuff” and “yeah we’ve been meaning to talk about that with you, we think you have a problem.” So, like much like the stereotypical addict, I justify my issue by thinking that everyone else is carrying their own burden. 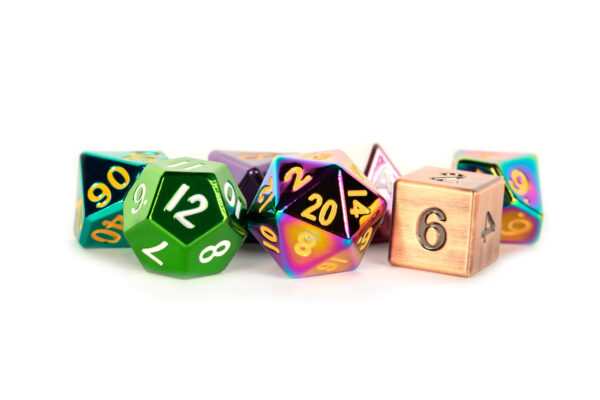 I refuse to believe that I am the only one though, I know for a fact that somewhere, there is another individual who has 100 different goblin minis for the inevitable campaign they plan to run. And another person has already put in an order for the next source book coming out not because they need it or are interested in it, but because they already have every other book in the alternate cover (only available at your local gaming store!) and need to complete the set. I know those folks are out there, and if you are reading this, I understand..

Silver lining though, with the pandemic carrying on there hasn’t really been much chance to sling dice in person with others, and I found that with the online version of dice much like the roll20 modules my penny pinching behaviour has re-asserted itself once again (and much like in my review of the Candlekeep Mysteries module book, just give us the pdf copies of the maps Wizards!). So I think I’ll be ok for the next little bit.

But let me tell you, I saw a dice tower that’s shaped like a scroll and is made from expensive wood…

Keep an eye out for Mimics.