We’ve all seen the rise of the online platforms with the pandemic and distance separating groups. Roll20, Dnd Beyond and others have expanded to the point where they are now offering online modules and versions of the adventures for DM’s, complete with tokens and maps and every other resource you might need (allegedly). For the longest time I have been against this, since I really strongly feel that in this day and age it would not be a big ask at all for the adventure books to include digital assets. Paying for the whole thing again just to be able to play online has not sat right with me but is also feels inevitable in a world where it seems like quality of life is only available for a price. Still though, if I’m going to complain and rail against this online stuff, I should probably try it right? So I bit the bullet and bought the Roll20 module for Strixhaven, and after a first session, here is what I came away with.

Note: that this is just the adventure part of Strixhaven. For any of the source and resource books I still think it’s way better to buy a physical copy. Nothing replaces a book, and you can use it forever! Instead of only if the website is live. . 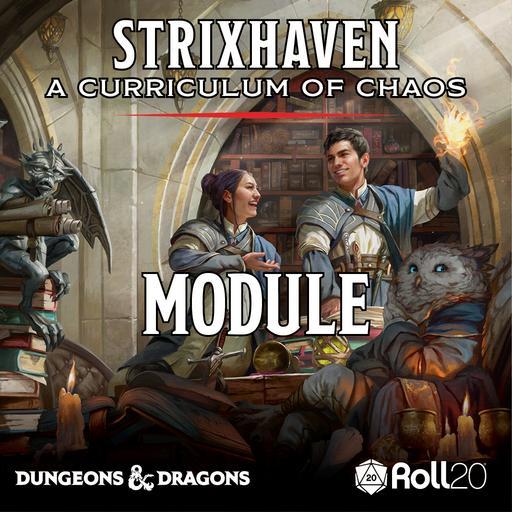 The module, with everything included was MORE EXPENSIVE THAN THE BOOK. Like 20% more expensive when you factor in the exchange rate (living in Canada, posting on a Canadian site, this is probably a thing for you). That in and of itself means that if you already bought the book, you’re in for over a hundred dollars on a single resource. I can’t speak to others, but with a family and a house and everything else this is a major investment for a resource.

Is it worth it? Well, you do get pretty much everything you could possibly need. Maps already put in and set up for the party, a range of tokens for players to use that are consistent with the setting (albeit all pulled from the art in the book, so nothing new), encounters and NPC’s already placed and ready to go. Even player handouts that are ready to be shared when the time is right. After the character creation, my group was up and running in no time flat, finishing the first part of the adventure almost by the end of the session. That seems pretty good. You also have the flexibility to play with other groups if you want to run the same thing, just fire up the module and you are good to go.

Still feels like quality-of-life improvements though, I haven’t done this (obviously) but I wonder if you can make do by taking photos of the maps in the book and doing a bit of theatre of the mind with the players, then using maps for combat that approximate the areas. It wouldn’t be a nice sure, but it would be much cheaper. Don’t forget that this has effectively locked me into using Roll20 if I ever want to make this happen again, if Roll20 changes their policies or decides to start charging a monthly rate I can either swallow it or I’m out all my money. Buying the book doesn’t do that.

Lastly this is all online, and if you want to use it in person everyone is going to need a screen in front of them. That’s also something I don’t love the idea of. I play DnD (well I did before COVID anyway) specifically to get away from screens and spend time with people. So while it has made things really swift and easy, I still think a DM can use the book and provide a great experience. 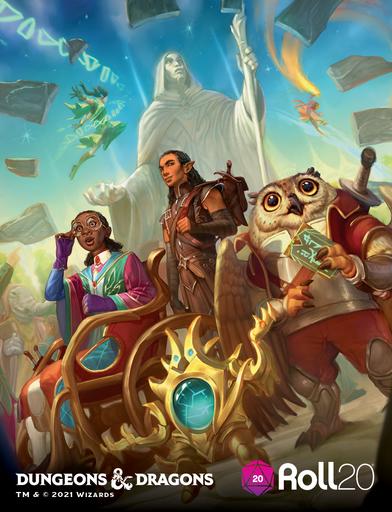 What did my players think of this? Reactions were positive for this first session. The maps make it really easy to get into the adventure and all of the NPC’s and things are clearly labeled with unique tokens, so everyone saw what was going on. I noticed that they seemed more active moving their tokens around the map and interacting with the surroundings. Safe to say it was engaging. This is also a group that has been on Roll20 for a while now and has gotten used to the program, for what it’s worth.

But again, on the other side the players were just really pumped about the idea of creating characters and the world itself. The talk around the “table” was mostly centered around characters and the characters interacting with one another. At no time did you hear “man this map is awesome” or “look at those quality tokens”. Would that have changed if I had gone with my usual horrible MS paint/imported maps to Frankenstein something approximating the official map? I’m not sure. 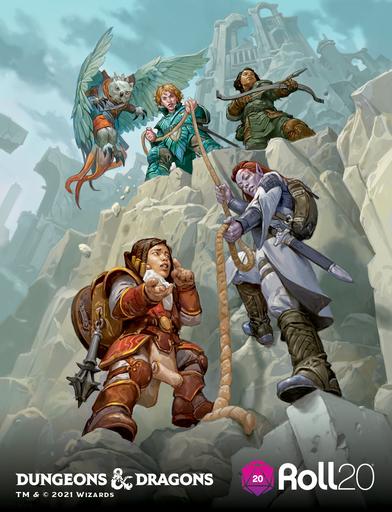 Here’s my final take away. This online module is like a luxury car. It is stylish and runs well, and everyone feels fancy when they are in it. Everything is slick and easy and well put together, making life as a DM a dream.

But you can just as easily take a ride in a normal car and have a great time. Not as easy for sure, but ultimately, you’re paying for bells and whistles. If it was cheaper sure but as it stands now, you’d need to get some donations from your group if you wanted to do this on the regular, or risk really going out of pocket for something that isn’t even tangible. With my situation I’d rather get the book and make do.